Intricacies of Divorce Law: Fault vs. No Fault

Home / Blog / Intricacies of Divorce Law: Fault vs. No Fault

Intricacies of Divorce Law: Fault vs. No Fault 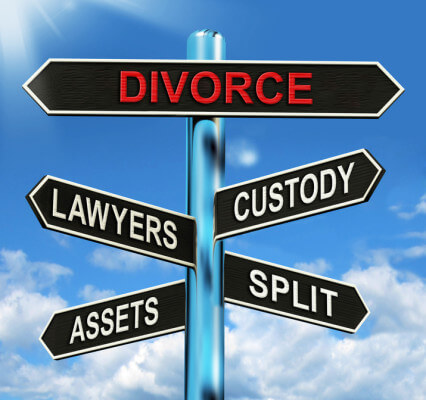 Every 36 seconds in America a couple gets divorced. As the fourth most common cause of stress in the United States, relationships can become complicated over time. Many couples find themselves contemplating divorce only a few years after getting married. If you find yours to be one of the 50% of first marriages that end in divorce, education is key.

The divorce process is never an easy one to navigate. If you are thinking about filing divorce papers with a divorce lawyer, educating yourself on the intricacies of the law is the best way to approach a potential divorce.

There are two types of divorce that can be filed: fault and no fault.

Fault: If a spouse files for divorce and claims fault of the other spouse, this is called a fault divorce. Many reasons can be given for a fault divorce, though common issues include:

While fault divorces are less common, they are enticing to some filers due to the lack of mandatory separation that some states require for no fault divorces. Also, the spouse that is not at fault may be eligible to receive a larger portion of the marital property or support. However, the spouse being accused of fault has the opportunity to defend themselves so a judge has to make the final decision.

No Fault: No fault divorces are filed more often than fault divorces and are granted when neither party has committed an act that directly impacted the dissolution of the marriage. More often than not, the reason given for divorce during filing is "irreconcilable differences" or an "irreparable breakdown of the marriage." Essentially, this means the couple doesn't get along and their relationship is beyond repair.

While divorce law varies from state to state, some jurisdictions require couples to live separately for a certain amount of time before granting a no fault divorce.

If you are contemplating divorce, don't be afraid to ask an experienced divorce attorney or family lawyer for advice. Divorce law varies by state so consulting an attorney within your state is the best way to receive accurate and reliable answers to any questions you may have.

Quick Look: The Divorce Process for Couples Without Kids
3 Important Areas of Interest for Family Law When it Comes to Divorce