When Marriage Issues Can’t be Resolved, a Divorce Lawyer Can be a Useful Ally

Home / Blog / When Marriage Issues Can’t be Resolved, a Divorce Lawyer Can be a Useful Ally

When Marriage Issues Can’t be Resolved, a Divorce Lawyer Can be a Useful Ally 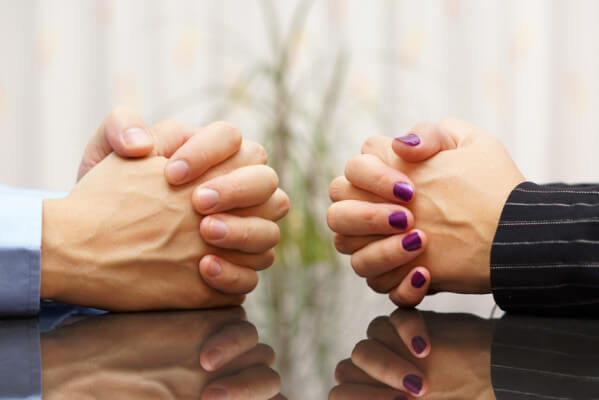 Dr. John Gottman is the author of The Seven Principles for Making Marriage Work and is regarded by many as one of the top marriage therapists in the world. He’s spent over 40 years studying couples at The Gottman Institute, and he’s interested in breaking down an age old question: what causes strife between a couple, and is it possible to get better?

According to Dr. Gottman, the number one pattern of those who go through and receive a divorce is the feeling of contempt. What exactly is contempt in this case? It’s a feeling of disgust for someone that reaches an unhealthy, constant level. How can you fight this? Be on the lookout for common signs of contempt (like eye rolling or passive-aggressive commentary) and try and resolve issues by thinking about the other person’s perspective, while adjusting your own expectations.

What happens when you can’t resolve your issues through increased communication and understanding? For better or for worse, some marriages just can’t be saved -- and an estimated 40 to 50% of first marriages, and 60% of second marriages, will result in eventual divorce. Although some couples may be hesitant to consult divorce attorneys, it’s not a bad idea -- even if the divorce is relatively amicable.

It’s worth noting, for example, that 1.5 million American children have to deal with their parents divorcing every year. Having an unofficial agreement as to custody and time with each parent can work -- until it doesn’t. And then it can be complicated and difficult to figure out down the line rather than simply involving it as a step in the divorce process.

Even if you don’t have children, hiring a family lawyer can come with numerous benefits. You’ll receive expert advice on what you’re going through; your stress will likely be reduced thanks to someone assembling the pieces for you; you’ll avoid simple mistakes that could cost you financially or legally; and you’ll have a clear and legally binding agreement when you’re finished.

It's not unusual for divorce lawyers to see a wide variety of clients come through their office. Seeing a family law lawyer will help you move this process along, as well as move on with your life (consider: those who remarry tend to remarry three to four years after their previous marriage!). Hire a family lawyer to answer the questions you have, and get the closure you need.